On Tuesday, September 10th, Google announced that the rel=”nofollow” attribute will be treated as a “hint” for organic ranking instead of ignoring it completely.

Additionally, the introduction of two new link attributes rel=“sponsored” and rel=“UGC” will help Google to identify the nature of hyperlinks.

These new link attributes, along with nofollow, are summarized below:

rel=”sponsored”: Use the sponsored attribute to identify links on your site that were created as part of advertisements, sponsorships or other compensation agreements.

rel=”ugc”: UGC stands for User Generated Content, and the UGC attribute value is recommended for links within user generated content, such as comments and forum posts.

rel=”nofollow”: Use this attribute for cases where you want to link to a page but don’t want to imply any type of endorsement, including passing along ranking credit to another page.

This move has created a buzz in SEO communities. Multiple threads are trending on Twitter for how the latest changes in link attributes will impact SEO and the overall digital marketing industry.

Google’s Danny Sullivan tweeted saying that this announcement enables webmasters and SEO executives to specify the link type beyond the traditional nofollow attribute. At the same time, Google will have granular detection for the link signals and the surrounding content.

However, there are no meta robots for UGC or sponsored tags and you won’t benefit by adding that.

“The robot meta tags will continue to work the same as before; it’s just nofollow link attribute which is getting evolved.” – added John Mueller, webmaster trends analyst at Google.

It means if a web page ends up as 404 or dropped from the Google search index because of noindex robot, then the page and its contents will not serve as a part of the Google index.

In short, there is no benefit for site owners by implementing the UGC and sponsored link attributes instead of previously used nofollow. It only helps Google to understand the sites better.

One of the Twitter users, Alan Bleiweiss, raised the question of why would publishers change a well-established “nofollow everything rule” when there’s no valid, viable incentive to do so. It is marginally better to implement these more granular rules, but seems like something that is not worth the time investment to do retroactively.

Google Search Liaison, Danny Sullivan replied to this tweet saying that the new link attributes are a voluntary choice for webmasters. You can decide whether to use them or not.

However, the nofollow attribute will continue to work for sponsored links as they explicitly said on their blog.

He further stated that the publishers might find these changes more useful.

Even after this tweet, the SEO community has a lot of confusion about the implementation of these link attributes. They are struggling to find valid reasons to put effort, time and $$$ into making these changes.

(How) will these link attribute changes impact SEO?

Referring to Danny’s tweet that states the nofollow is a “hint” in organic ranking, Garry says, the new link attributes are minor aspects of Google’s powerful search algorithm.

Since it’s helpful to Google to understand the web better, the implementation of UGC and sponsored link attributes may have a serious impact on the end-user.

Garry supported his statement by saying that this change actually affects the real users on a product he is working on.

The outcome of these changes may reflect in ranking and have a positive impact on the end-users, ultimately helping the publishers.

According to the official announcement on Webmasters blog, nofollow will be used as a hint for crawling and indexing, which goes into effect from March 1, 2020.

However, Google will not consider nofollow links for ranking purposes and treat them as it used to earlier.

The “hint model” won’t change the traditional nature of nofollow links, in most of the cases.

“Google will carefully assess link implementation within Search and continue to take corrective action where no attribution is provided.” Danny and Garry stated in the announcement.

These changes could mean considerable improvement in user experience in search results. Nevertheless, publishers are confused and thinking of the next moves.

In my personal opinion, most sites won’t see any positive effect (at least in the next few months) on terms of ranking improvements by implementing the new link attributes.

Benefits of the new link attributes

Google has stated that the webmasters don’t need to go back and update existing content with newer link attributes.

There is no clear incentive for site owners to apply more granular UGC or sponsored link attributes instead of plain nofollow.

The purpose of new link attributes is to provide more options to the publishers to classify the link types and help Google understand the content structure in a better way.

Links often carry valuable information that helps Google improve its search algorithm, such as the words in the link and anchor text describing the context of the web page that link is pointing to. Plus, Google can encounter unnatural link patterns by looking at the links and anchor text.

By integrating the new link attributes, Google will have access to additional information.

By knowing the black hat practices and manipulations in SEO, Google has warned publishers that some links shouldn’t be considered as the first-party endorsement to avoid negative impact. This makes sense when big brands and media agencies are using a mix of promotional activities, including advertorials, influencer partnerships, and content marketing.

SEOs and “the big guys” will manage, but what about everyone else?

The UGC and sponsored attributes are a few of those things where you do not need to worry much if you do not really want to do anything.

However, if you want to help Google understand the web better and ultimately improve UX for end-users (which you are one), you may look into implementing these attributes.

Even the smallest change in SEO is very difficult to implement, especially for big sites.

“It needs special efforts of developers and content team merely to change the title and descriptions sitewide. What happens if we just ignore this?” Asked Kristine Schachinger.

Google didn’t want to create a headache for SEOs and others who are concerned about this issue.

“People don’t need to go back and change those nofollow links to new attributes as they had to use compulsorily” – Said Danny.

Google seems fine if you do or do not follow these changes. It wants to create a minimal burden on webmasters.

If you have been implementing nofollow correctly, but your development team is unable to incorporate UGC or sponsored link attributes for the next several weeks, you don’t need to be afraid of the negative impact or any kinds of penalties.

That being said, there is good news for WordPress users.

Joost de Valk, the founder of Yoast SEO plugin, said that the next WordPress release will support new link attributes.

If other developers follow the same direction, that will surely speed up the adoption of these changes.

Is this an opportunity for spammers to manipulate search rankings?

That is unlikely as many forums and commenting systems (including that of WordPress) are very likely to soon implement the UGC attribute, thus rendering forum backlinking worthless.

I would still strongly advise everyone to focus on other proven off-page SEO strategies, rather than relying on comment and forum backlinks. The focus should be more on getting high-quality, natural, relevant, contextual backlinks.

Most of the links with UGC and sponsored attributes will not be strong ranking signals as this move is only meant for Google to understand link schemes better.

This topic is still hot, and all we can do for now is make educated guesses. March 2020 is when we will see the real impact of Google’s new link attributes.

If you are a blogger who publishes sponsored content, allow comments or user-generated content on your site, or host forums, then consider using the sponsored and UGC link attributes instead of that singular nofollow that you’re using currently.

If you can’t or don’t want to overhaul the entire site, there is no harm either.

Whatever Google does, there always a reason behind it – even if we can’t see it right away. While they are trying hard to say the use of these tags is optional, I wouldn’t be surprised if using them results in some small benefits in the future.

Do you think there’s something SEO community is overlooking? Start the discussion in the comments below!

Akshay is the founder of BloggingX, a blog where he helps aspiring bloggers and businesses to leverage the power of the internet and content marketing to spread their brand message.

Who is Point Visible?

We are a full-service digital agency with a strong focus on link building and content marketing. CLICK HERE to learn how we help clients get more traffic, leads, and sales.

Guest Contributor
This post was written by a guest contributor and polished by Point Visible editorial team. 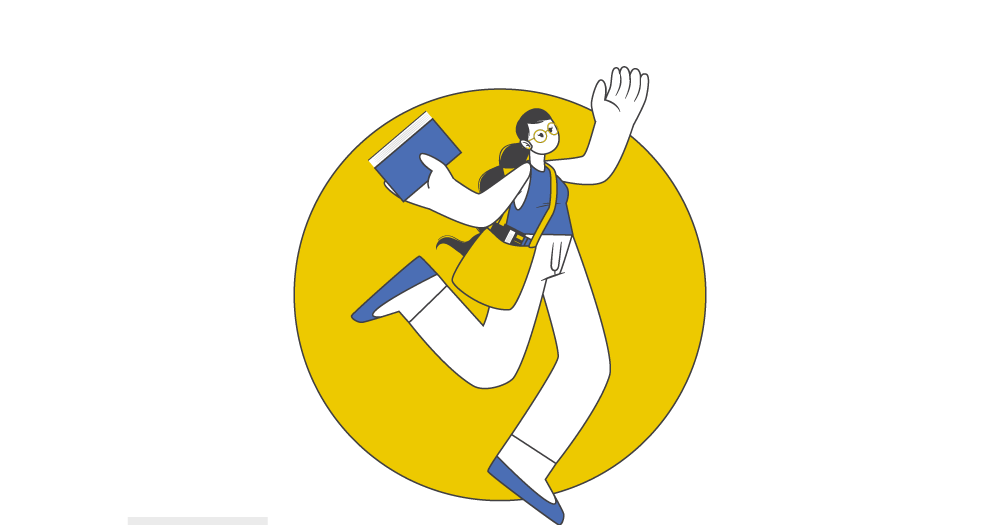 What I Learned In My First Year As A Content Marketer

A content marketing novice shares a few surprising lessons she learned after spending one year in the digital marketing world. 6 Critical SEO Steps For A New Website: How To Rank Fast From The Get-Go

Are you starting a website? Learn six steps of SEO for a new website — from topical clusters, and keyword research to SEO metrics.